This guide will help you set up refreshVersions in a Gradle project.

Only Gradle 6.3+ is supported at the moment, because there were a lot of changes in dependencies management in Gradle 6, and other compatibility concerns. It also allows for a simpler setup for plugins for example.

Run this command to update:

You should also try to update the Gradle plugins present in your build to the latest version. For example on an Android project, do update the version of the Gradle Android Plugin.

The Gradle documentation has detailed migration guide if you are stuck:

Here is how to configure gradle refreshVersions:

If you have a buildSrc module¶

If you use the buildSrc module and have dependencies declared in the buildSrc/build.gradle[.kts] file, you probably want to use refreshVersions there as well. The setup is the same:

If you use Groovy DSL, i.e. build.gradle files (not kts)¶

Auto-completion for dependency notations won’t work out of the box.

A workaround is to configure the plugin in the buildSrc module (create the directory if it doesn’t exist yet):

Sharing used versions with included builds is not supported at the moment.

If you need/want this feature, please vote with a 👍 on this issue, subscribe to it, and tell us about your use case, to help us prioritize.

If you want to use a snapshot version¶

There is no required configuration!

There are some options which can be configured in the refreshVersions { } block.

If you are curious about what are the available options, you can use auto-complete (you can also type this. before to filter the results). 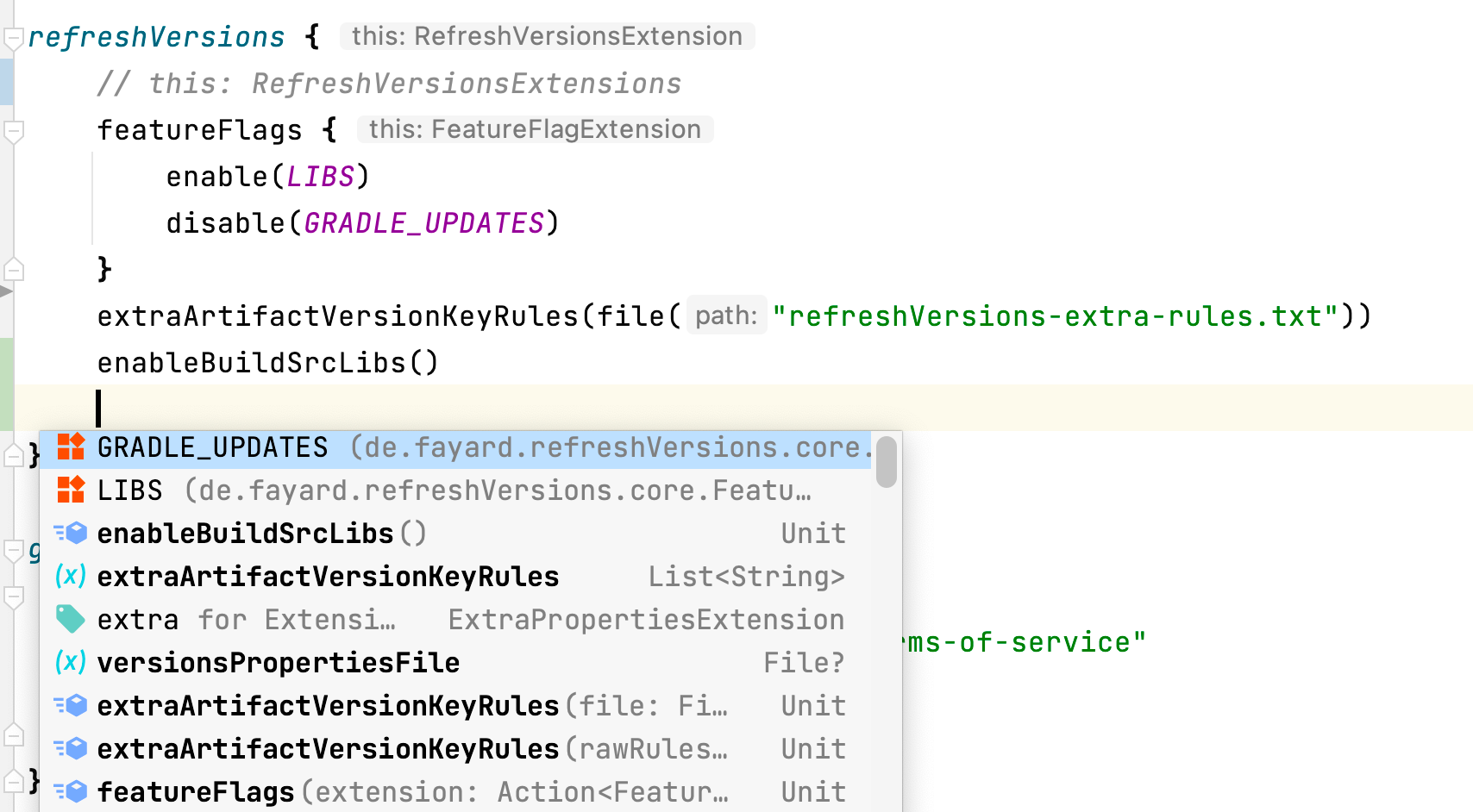 If your project is using it, remove all its configuration from the top build.gradle[.kts] file to avoid any clashes between the two plugins:

Then, enable buildSrcLibs as such:

You did it! refreshVersions is now properly setup.